Warwickshire Road Safety Partnership has revealed that a total of 3,907 drivers were caught speeding in the county during an anti speeding campaign that took place in July and August 2021.

In just a two week period starting on 26 July, 161 drivers were stopped for speeding in 147 cars, 11 vans and 3 motorcycles.

In the same two week period, static and mobile speed cameras in the region clocked a total of 3,746 driver speeding offences on Warwickshire’s roads, including motorway speed detections.

Shockingly, 51 drivers were stopped for speeding offences in 30 mph residential zones where there are more pedestrians including children. 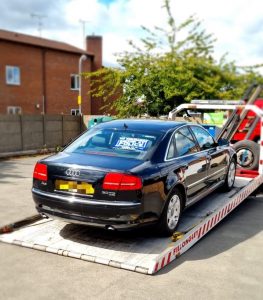 In one operation on Monday 26 July, OPU officers issued 23 speeding tickets to drivers for excess speed on A45 Ryton-on-Dunsmore.
On Wednesday 28 July the same team completed static checks at the A45 Ryton-on-Dunsmore, A46 Stoneleigh and M40 J15 and issued 12 motorists with speeding tickets. On the same day, the team also intercepted and recovered a stolen vehicle and dealt with drivers for driving without a licence or insurance, and for using a handheld mobile phone whilst driving.

On Thursday 29 July, in Nuneaton, OPU officers did a static check on the A444 and stopped 12 motorists for excess speed in a 50mph zone, the highest speed recorded being 92mph. One of the motorists was also dealt with for no insurance. A further 16 drivers received Notices of Intended Prosecution (NIP’S) through the post for excess speed as mobile units were busy dealing with motorists and the operator continued to capture speeders and deal with them. 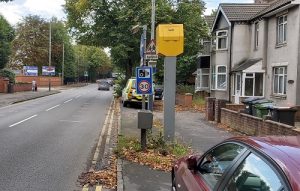 The county’s Community Speed Watch volunteers were also out in force during the campaign in Brinklow, Pillerton Priors, Quinton, Bridgetown (Stratford on Avon), Wolvey, Clifton-on-Dunsmore and Baginton and detected 91 drivers who were speeding at over 35+mph in a 30mph zone. The highest speed being 48mph in Wolvey. A total of 415 vehicles were checked as they went through CSW check sites during monitoring sessions. The effect an active and visible CSW group can have in a community was evident in Clifton upon Dunsmore where no speeding drivers were detected. This was a great result.

Any vehicles CSW find exceeding the speed limit are referred to Warwickshire Police and receive a letter with the aim of educating drivers to reduce their speeds. However, in cases where education is ignored and there is evidence of repeat or excessive offences, even across county borders, enforcement and prosecution follow.

During the campaign motorists were asked to #SlowDownSaveLives and obey speed limits and speeding drivers were targeted in a bid to reduce the number of people killed or seriously injured on Warwickshire’s roads.

Throughout the campaign police officers, PCSO’s, special constables and Community Speed Watch volunteers across Warwickshire were out and about in local communities taking part in a mixture of enforcement and educational initiatives.

Chief Inspector Faz Chishty said “Driving safely within speed limits helps to keep all road users safe and to reduce the number of people killed or seriously injured on our roads. During the summer holidays there are more children, cyclists, walkers and pedestrians on our roads, making it even more important for drivers to think of others and drive at an appropriate speed according to the conditions, within the maximum speed limit.”

“Speeding is a choice drivers make and we will continue to target those irresponsible and dangerous drivers who choose to drive above the speed limit.”

WRSP Chair and Police and Crime Commissioner for Warwickshire Philip Seccombe said “The new Warwickshire Road Safety Partnership is proposing an ambitious target of a 50% reduction in road deaths and serious injuries in Warwickshire by 2030 and reducing speeding is a key to this. The number of road fatalities and severe injuries has plateaued in recent years and that is why, as a partnership we are urging drivers to play their part too by driving safely and legally to help make Warwickshire’s road safer for everyone. “