Together on the Learning to Drive Journey

Warwickshire Road Safety Partnership with support from FirstCar hosted a free to attend webinar on Wednesday 25th January 2023, 7 – 8pm for Warwickshire parents and carers of pre- and post-test young drivers and young drivers themselves.

This webinar provided essential information and advice on national road safety campaigns to improve young driver pass rates for driving tests and young driver safety, such as Ready To pass, The Honest Truth and Caitlin’s Hour. The webinar will provided information on vehicle choice, safety and maintenance.

Please find a link to the webinar below

Edmund King is AA president and 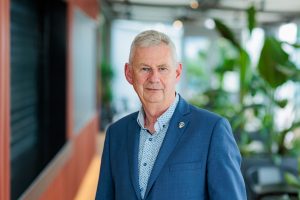 is a Trustee and Director of the AA Charitable Trust for Road Safety and the Environment. He is also a Visiting Professor of Transport at Newcastle University.  He has written several reports on transport and often appears as a transport commentator on radio, television and podcasts. He was awarded an OBE for ‘services to road safety’ in the 2016 Queen’s New Year Honours. In 2020 he was inducted into PRWeek ‘Hall of Fame’ and has won PRWeek’s Best Public Affairs Campaign and PRCA Best Automotive Campaign for work on ‘smart’ motorways. 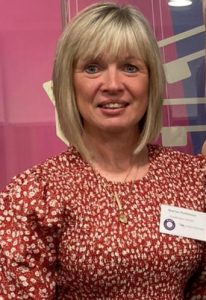 In July 2017 my you youngest child Caitlin, aged 18, was killed as a front seat passenger in a young novice driver’s car. The crash was put down to the inexperience of the young newly qualified driver. Since this tragedy I have campaigned in memory of my precious daughter, for a safer driving licensing system for young drivers. (More commonly known as Graduated Driving License). In November 2018, on what should have been Caitlin’s 20th birthday I set up the ‘Caitlin’s Campaign’ website which contains most of the work and research that I have been doing for my campaigning over the last few years. With help from Brake the Road Safety Charity and the AA Charitable Trust I have worked tirelessly to raise awareness of the dangers posed to young novice drivers upon passing their driving test and especially on rural roads. My campaigning gives me a focus in my life and a feeling that I am doing something for Caitlin.

Abigail Britten has worked at DVSA for over 17 years in various communication roles, specialising in external communications and campaigns. She is responsible for DVSA’s ‘Ready to Pass?’ campaign aimed at helping learner drivers and their parents better understand how to prepare for their test and assess when they’re ready. She and her team won a CIPR award for best public section campaign in 2018 for DVSA’s campaign to promote the 2017 changes to driving test.

FirstCar has been a trusted partner of road safety professionals since 2004, when our first magazine for young drivers was published. Since then, FirstCar have expanded to provide award-winning road safety education for almost all road users – from cyclists to horse riders, older drivers to motorcyclists. In striving towards the goal of helping road safety teams offer innovative and cost-effective education, FirstCar are proud to have co-produced the UK’s first road safety VR film and many more since. FirstCar now manage the Immersive Community Education (ICE) Hub, which helps road safety professionals share film, knowledge, and best practise around this emerging technology.